What do therapists wear?
Find a therapist
For practitioners
Log in/register 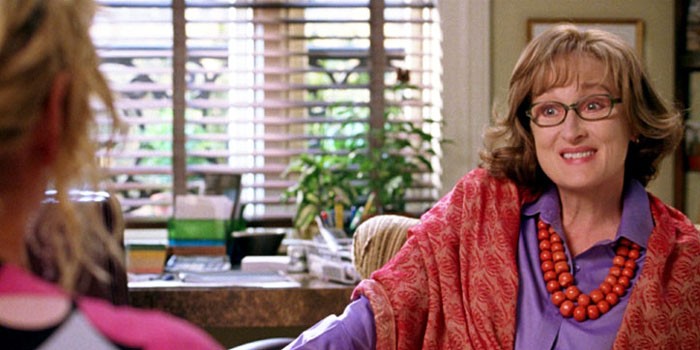 What Do Therapists Wear?

What we wear says a lot about us. That can be unfortunate for therapists when trying to let their clients do the talking. It can affect how people see you, whether they trust you and how much they're prepared to open up. So how does a therapist choose the right outfit?

The respected psychoanalyst and psychologist, Peter Hobson, says in his book Consultations in Psychoanalytic Psychotherapy, that he always puts on a tie to meet a potential patient as “symbolic acknowledgement that, however intimate, this is a meeting within a formal framework" and to underline that his role is that “of a professional clinician, not a friend."

Although many therapists may not take quite such a formal sartorial approach, on the whole presenting as professional is standard. A patient or client needs to feel they are in the hands of someone who is trained and qualified to attend to feelings such as depression, anxiety and grief. The sense, conveyed by too casual an outfit, of someone leaning over the garden fence, or propping up a bar in the pub to dispense advice is not conducive to disclosing feelings and thoughts that are often uncomfortable, if not disturbing.

Vogue may not immediately turn to therapists when they plan the next profession for a photo shoot, but it would be unfair to say that a practitioner's healthy lack of ego inevitably equates to a total lack of style. I know many who give great consideration to how they look, but tend to temper what they wear with the client in mind.

I recently had my photograph taken for the welldoing.org website. Apart from suffering a narcissistic blow when I realised I look older and broader than I had previously imagined, I was also alarmed to see that in several of the shots I looked, if not dishevelled, then certainly less crisp than I would like. My face was fine – my gaze was direct and I seemed (I hope) sincere and with a certain warmth. However, I did a brief analysis of the outfit, yes contemporary and willing to embrace colour, but the cardigan flopped open, one side was crumpled and the other straight. It said to me "a bit sloppy" and, worse still, "a little unbalanced". This is not what I would wish to convey to a client or potential client. It does matter.

Many therapists favour the wearing of if not black then certainly a combination of dark colours from top to toe. It is the physical equivalent of the blank screen, an attempt to be unobtrusive, to fade into the background with the client's concerns in the foreground. A previous (humanistic) therapist of mine always wore a floating trouser suit she had picked out as a result of having had her colours 'done'. She adopted hues that she felt were most easy on the eye for clients as well as pleasing to herself.

Consistency is one of the therapist's key tools and many like my old therapist do adopt a uniform of sorts. If you spend years wearing a suit and tie to counsel in and then answer the door in jeans and a t-shirt it may well be disconcerting. The client's thoughts could be diverted onto the therapist, and what has brought about such a change, and away from the feelings that they are paying to explore. A friend tells of a counselling session on a hot summer's day when she was greeted by what appeared to be a total stranger. It fact, it was her therapist but he was wearing shorts. She felt affronted, she was there for counselling and not a barbecue.

This may seem strange but seeing your therapist's bare knees is not normally a good thing. My therapist's were revealed when he arrived for our appointment late on his pushbike. Somehow it was not just the casualness (he changed into his usual, long-trousered outfit whilst I walked round the block), it was the corporeal nature of him that left me distracted and uncomfortable. Decorum (for men as well as women) seems desirable in a therapist's dress as much as dependability. No cleavage on display is usually as important as no knees.

Therapists may wear what seems to be the same wardrobe for years on end for a multitude of reasons and comfort is definitely one of them. We are sitting for long periods so many of the more outré fashions necessarily pass us by. We are mindful of clients who flatter the way we look and a good therapist will work through the meaning behind such comments. When I was in training a tutor told me about a client, 'John', remarking on his 'snazzy new jacket'. The tutor was pleased but somehow disquieted, he'd not seen John for a few weeks as he had been missing sessions. Only slowly did it come out that John deeply resented paying for missed sessions and felt that my tutor, by sporting a new jacket, was deliberately adding to his distress. Freud infamously said sometimes a cigar is just a cigar, but a jacket on a psychotherapist, it seems, is rarely just a jacket.

What to wear to therapy

The many ways therapists see clients in 2019

Should therapists let politics into their consulting room?