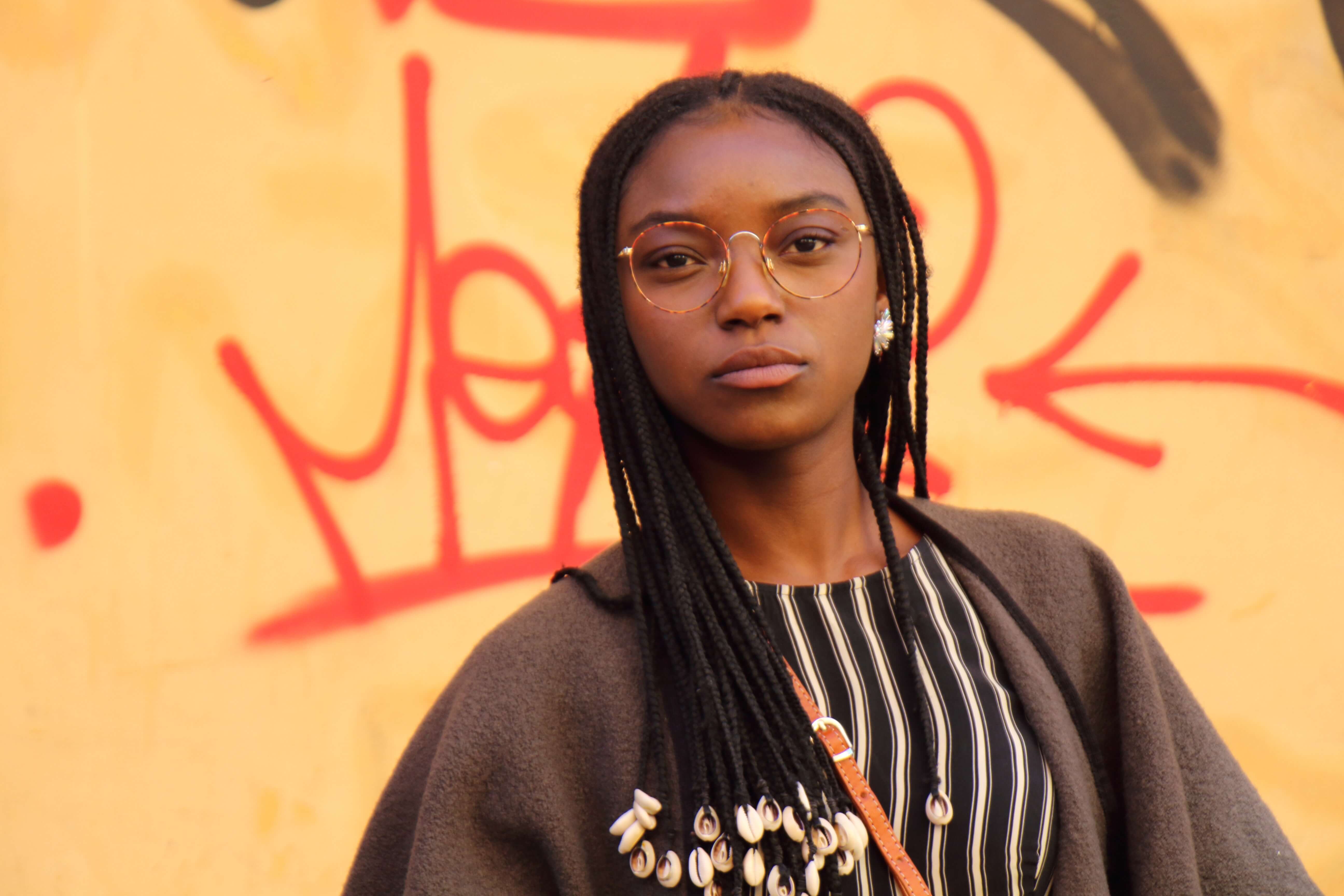 Racism sneaks up everywhere. Even in the therapy room, and it is corrosive to mental wellbeing. It’s one of the reasons I focus on tackling everyday racism, such as microaggressions, in anti-racism work. Because it’s these accumulative effects of receiving everyday racism that can often cause the most harm.

So many people have become accustomed to only associating racism with a single act of overt, conscious, and intentional hate. Getting stuck in a reductive good vs bad person binary distracts us from addressing the type of racism that occurs daily, several times a day, and as a result contributes to exposure to persistent social suffering.

People who identify as nurturers, caregivers, or even healers can find it very difficult to reconcile that they too can and often do cause racial harm. When racism is pointed out, so often the reflex for people not actively engaged in anti-racism work is to defend their position ahead of addressing an accusation of racism. It’s seen as worse and more offensive to have racism or racist behaviour named rather than to have the courage to be curious and tackle the harm being perpetuated and so it continues, and racism remains ever present.

The Oxford English Dictionary defines microaggressions as a: ‘A statement, action, or incident regarded as an instance of indirect, subtle, or unintentional discrimination against members of a marginalised group such as a racial or ethnic minority’. The term was first coined by psychiatrist and Harvard academic Chester Pierce in 1970 and was further established by Dr Derald Wing Sue, psychology professor and author of Microaggressions in Everyday Life.

Racial microaggressions are a form of covert everyday racism that happen both intentionally and unintentionally, consciously and subconsciously. Either way, the impact remains the same. Slights, comments, insults and non-verbal cues communicate that Black people and people of colour are misplaced and don’t belong. They are the subtle ways in which people in marginalised identities are regularly not treated the same.

Racial microaggressions aren’t often committed by overt racists. They are predominately perpetuated by well-intentioned, well-meaning liberals; people who are mostly unaware or in denial of the potential impact of their words or actions.

From uninvited hair touching, to lack of eye contact, to persistent lines of enquiry about one’s ancestry; ‘where are you from, no, where are you really from? Misdiagnosing and assuming there is ‘risk’ to someone’s health outcomes due to their ‘race’ rather than taking into consideration social conditions and exposure to social suffering that impacts treatment and outcomes.

In isolation, I expect these examples of racial microaggressions can seem harmless. An innocent statement, or a genuine attempt to connect. But it is the very subtlety and frequency of racial microaggressions that make them far from harmless or even micro in their outcomes. Consider them like snowflakes: at first fall they seem quite harmless, perhaps a nuisance, but overnight the ice starts to build up underneath that pristine surface suddenly becomes dangerous, volatile ground where we slip and fall each time we go outside. Perhaps at first spraining a wrist and then breaking a bone and, over months and years, what once were seemingly harmless snowflakes collectively cause a devastating avalanche.

Research shows us that regular exposure to racial microaggressions can cause more harm to mental health than overt acts of hate. This is due to the cumulative effects of racism, resulting in increased stress hormones, which essentially cause a type of wear and tear on the body. Further research from neuroscientists reveals regular exposure to this type of racial stress can have the same effects as those observed in war veterans experiencing severe post-traumatic stress disorder (PTSD). In other words, racial microaggressions can show up in Black bodies as trauma.

Experiencing racism is trauma. So while ‘post-traumatic’ suggests this traumatic experience or event is in the past, it’s very much still in the present. We don’t just experience it as personal trauma either. The direct or indirect exposure to single or multiple events that only happen to an individual – add a layer of historical trauma on top. The shared collective experience by a specific cultural group related to significant traumatic experiences or events and the cumulative impact of emotional harm and social suffering to an individual or generations (not exclusive to blood relatives) that follow.

In the BBC documentary, Let’s Talk About Race, presenter Naga Munchetty interviews a Black Caribbean family. The grandmother shares her account of moving from the Caribbean to the UK as part of the Windrush generation, working as a nurse in the NHS and sick patients refusing to be treated by her because of the colour of her skin, right through to her grandson, sharing current experiences of racism and general sense of unsafety living in the UK. The grandmother concluded that when it comes to racism in Britain, nothing has really changed. I have had the same conversations with my father. Add a layer on top of that institutional trauma. This type of trauma breeds like wildfire in organisations that are more concerned with brand perception than taking racial microaggressions.

I’ve lost count of the number of times I have lost vital resources having to convince non-Black therapists that what I experienced was racism. It’s one of the reasons why Black Minds Matter was created. In a journal for Therapy Today in October 2019, psychologist and author of Living While Black, Guilaine Kinouani, shares some of the consequences of racial trauma and receiving racist microaggressions in society. Kinouani even recounts a time that she was in therapy relaying a racist incident where she was spat at. The therapist said Kinouani had ‘misinterpreted the situation’. Psychotherapy and psychological services that continue to fail to take the cumulative impact of racism and racial trauma into consideration in training, and in the therapy room, are not only providing inadequate services, but unethical ones too. At its furthest extreme this is malpractice.

Ignoring the consequences of social suffering, medical experiments and anti-Blackness are not new. In the nineteenth century, medical professionals used to pathologise the mental health of enslaved people who tried to escape, by claiming they were abnormal for trying to break free from being treated worse than animals and diagnosing them with an invented mental health condition called Drapetomania instead. Today this translates as Black people being most likely to experience mental ill-health as a consequence of racism, but being less likely to be referred to psychological services and being disproportionately sectioned.

I have heard so many heart-breaking accounts of what racism looks like in healthcare. From racism in the therapy room, to Black women being four-five times more likely to die in childbirth and Black people being four times more likely to be sectioned under the mental health act. Trust in healthcare has been broken and it will not improve until there is acknowledgement of structural racism. This needs to be coupled with intentional steps to rebuild trust, person-centred care and training for therapists to better understand racial trauma and to develop resilience to withstand being given feedback on racism.

If you work within a medical or healthcare setting, do you take into consideration social suffering? The socio-political and economic circumstances social forces that lead to suffering, such as the accumulative and consistent exposure to living with racism. Or is the impact of social suffering being completely ignored, not only in therapy, but on mental health assessment forms that ask service users what has contributed to their ill health? If racism isn’t even on there, we have a problem. What can you do to address community concerns about access to healthcare to make it more inclusive, less clinical and more human

If you are studying or qualified as a therapist, agitate and put pressure on training providers to prioritise offering anti-racism, for more than a one-hour stand-alone session, but instead as a part of continuous study and reflective practice. This is so that therapists, especially non-Black therapists, can competently work with and name ‘race’ and anti-Blackness in the therapy room without getting fragile or feeling challenged when clients talk about the impact of experiencing white supremacy, or simply know when to refer on.

What can you do to help raise awareness and build relations with impacted communities after centuries, decades and continued medical experiments on Black and Brown bodies? To improve services, to truly be able to provide care to those who often need it most and are most excluded, you have to first understand how this all influences outcomes and behaviour, including your own.

Nova Reid is a TED speaker, anti-racism activist, educator and author. Her debut book, The Good Ally, published by HQ Stories of HarperCollins is out now.