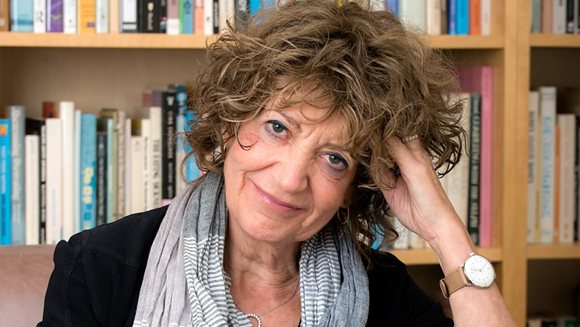 Hampstead-based Susie Orbach is one of the best known psychanalysts in the country. Next week we can all get a taste of what a session in her consulting room would be like, as she presents a week-long Radio 4 series, In Therapy.

Talking to Louise Chunn from welldoing.org, she said “I've always been interested in showing the process of therapy and the therapy relationship. I did it in The Impossibility of Sex (her book of fictionalised case histories, published in 1999) and the chance to do it on radio was unmissable.

“It’s a collaboration between radio producer Kevin Dawson, theatre director Ian Rickson, and myself. For example, I said to them please could you prime a couple whose own parents’ relationship is being reproduced in theirs. And we take it from there.”

Andrew Billen in The Times described the five episodes as bringing “a new meaning to the term psychodrama, they are a compulsive listen”. The range of clients goes from a young professional woman who struggles to say what is wrong with her outwardy successful life to a retired railway trade unionist in his sixties, whose wife and children are gone.

Does she hope it will encourage people to try therapy? “I more hope that it will explain or rather show how we try to be with people. Too many people believe therapy is an indulgence. I believe if you need it, you need it.”

In The Times interview she says that although psychotherapy is under attack from cheaper, quicker methods such as cognitive behavioural therapy or mindfulness, “There are those of us who want to make sure that therapy is relevant to today and that it addresses the changes in Britain, the changes in our demography and in the kind of political and cultural tensions that people feel. I think it’s a dynamic profession.”