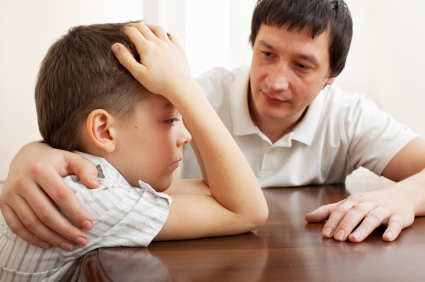 Why We Shouldn't Fear Touch

Are we fearful of touch?

We now struggle to decipher what is appropriate and what isn't. At this years sports day, I was surprised to discover that primary school teachers are no longer allowed to put suntan lotion onto their charges. What's more, teachers report that they are reluctant to cuddle a child when they are crying. Are we now so fearful of touch that we don't know how to use/apply comfort?

I introduced formal infant massage instructor training into the UK 18 years ago because I'd become aware of the desperate need for parents with prematurely born babies to bond with their offspring. Those gentle early moments of touch and massage have profound effects. Indeed babies who do not receive touch at an early age can actually suffer marasmus and wither and die. Whereas premature babies who receive daily massages often go home five days early due to rapid weight gain. A cost which saves the NHS up to £5million a year. Infant massage is now used in hospitals, and many mums join our courses to learn how to massage their new-born babies safely.

“Touch builds the foundation for the complex and intimate interchange between infant and caregiver, supplying the infant with a beginning interpretation of the world and the relationships on which he comes to rely for survival." (Brown 2000) - Positive Touch – Containment Holding Guideline / Quality Care Group / 2012

Cultures which embrace touch within their society and who carry babies on their back, are more likely to be non-violent. According to James Prescott of the NIH Violence Research Initiatives, “The presence or absence of touch is not only the distinguishing factor between a healthy and well adjusted individual or a violent one, but also how cultural practices regarding touch are responsible for creating either violent or non violent societies." Prescott developed the means to predict whether a culture would be violent or not by simply looking at whether the infant was carried on the body of its mother or caretaker combined with whether or not adolescent sexual activity was permitted or punished.

So rather than legislating against all touch, education for our youngsters about inappropriate touch is key.