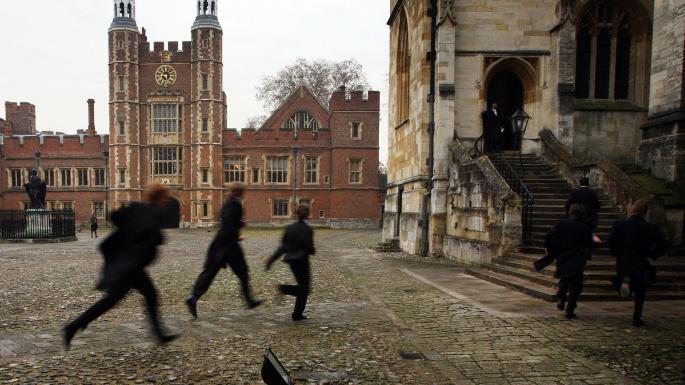 I attended boarding school for six years during the 1970s. While every experience is unique, I know from interactions with other people that there are many common themes that seem to cut across gender, age and family circumstances.

While many children taken into care have experienced much worse, this would have been the last resort following a family breakdown. In contrast, boarding school is regarded as a positive choice.

There is little that happened at boarding school that might not have happened in other settings. There is the forced separation from family, the emotional neglect, the bullying and abuse, and the isolation and loneliness.

What makes this experience unique is that all of this happens at the same time to very young people who must learn to navigate their way in the face of its relentless repetition with little or no support.  There is no place to hide from this emotional storm, particularly for the youngest and newest.

The split between home and school

Whether the journey is a bus ride or a flight across continents, the emotional distance between home and school can feel enormous. Some children find that within a few weeks of arriving, attachment ends and nurturing stops. Whatever interest may be shown a child at boarding school it is not the same as would ideally be shown by a loving parent.

For some youngsters the process of detachment had begun years before and they had already constructed a carapace to protect the softer creature within. Others quickly learn to spin a cocoon to protect them from the emotional, and sometimes physical, assault that is their daily routine.

The dislocation between life at school and at home can lead to the creation of different identities. These separate narratives do not always overlap. Stories related out of context begin to have little meaning to the people at home and accumulate faster than they can be told.  Many incidents cannot be shared, either through our own shame at our role within them or from a desire to protect our family from uncomfortable truth.

Some people struggled to create a life at home.  Even those with established friendships where they lived would find the gap widening without ongoing shared experiences.

Trust and its absence

For some children the move to a boarding school was an expected transition, possibly even a rite of passage that had become family tradition. Others looked for explanations as to why they were sent away, which needed to go beyond the practicalities. They may harbour a sense of betrayal by people they trusted which may well be reinforced by the subsequent betrayals of those entrusted with looking after them.

Many of our housemasters had only recently qualified as teachers, and seemed only a little older than sixth formers.  As far as I know they had no special training in providing pastoral support. There was no evidence of any particular skills, though there was the occasional act of kindness, and all seemed to struggle with the conflicting roles of befriending while having to maintain discipline.

A lack of trust that those around us will protect us can lead to a continuous state of heightened awareness. We are constantly on the lookout for threats, which can appear at any time without warning. This vigilance soon becomes second nature and we develop all the skills necessary to survive in this hostile environment.

The use and abuse of power

Many aspects of our daily lives became an opportunity to reinforce the power relationships that ran through every activity like seaside names in a stick of rock.

I believe everyone at my boarding school was bullied in that we were all made to do things we did not wish to do. Through pressure and intimidation, we lost our sense of personal control and were often made to behave against our own interests. Some people were singled out for particular attention, those considered different from the rest and particularly those who cried or wet their bed.

Seniors were instrumental in helping the staff keep control of the rest. This led to all kinds of collusion which unofficially created additional tiers of power, each with their own separate culture.

For those able to align themselves with the regime there was a sense of belonging. For those who could not a feeling of always being wrong began to pervade every aspect of our lives.

In keeping with most residential institutions, we were never alone. This may be enjoyable for the extroverts but can become a major challenge for introverts. The only possibility for down-time was at night, though when this is shared with a dozen others there are additional pressures.

All practicalities such as food and clothing, personal hygiene, homework and recreation were subject to their own set of rigid rules which nearly always involved queuing up, names being recorded and a lot of waiting around.

In so many situations getting through the task seemed to be a greater priority than how it might be experienced by any single individual.  It is easy then to see your own wants and desires as being peripheral to the relentless grinding of the machine.

Taking care of ourselves

Confusion over changing roles and the many layers of hard and soft institutionalised values can make it hard to find a solid place to stand. One response is to draw upon your own resources and create a fortress that does not rely on any person, location or situation, but which you carry with you from dormitory to classroom and back again.

Many of us constructed a mask that was designed to show very little, as appearing not to care reduced our vulnerability. It was easier to become a caricature than to risk revealing our true character. Some were able to choose their own identity while the more vulnerable were given a badge they could not shake off.

Enduring can become more important than enjoyment, so you keep your head down and get through another day until the end of each term. For those whose life at home was equally problematic the countdown would begin again.

There may have been times when we colluded with the bullies, grateful not to be the target, or failed to stand beside the victim for fear of also being tagged. Such acts or omissions become a ready source of personal shame.

The imperative of fitting in means forcing square pegs through round holes. This can create temporary damage or permanent disfigurement. Others pretended to be round while hiding their edges, which came at a very different cost.

We grew up in a bubble. While this is the case for many children, ours was fixed in a cultural setting that seemed to have little relationship to home. The role models that were perpetuated were not seen by everyone as relevant and to some seemed very separate from our lives outside.

Our weaknesses are often our strengths reversed and we became strong in some suits and weak in others.  This balance may have been redressed in later life or our experiences may have reinforced our beliefs so that the gap continued to widen.

We developed ways of coping that got us through these difficult times but which may have hampered our development and ability to move beyond this situation. The identities we felt we needed to adopt may not be so easily shaken off when faced with a different set of priorities.

We were youngsters trying to make grown-up decisions about the world and how to behave in it. We only had each other’s experiences to draw upon and these were not always to be trusted.

There were plenty of people who thrived in this environment; at least I presume this was the case. Even during the experience there was a strong sense that it was making us resourceful and self-reliant. Yet how much armour did we put on and how well is it serving us now?

We may still have a shaky sense of our own personal value through never really understanding why we were sent away. A self-belief that is not based upon self-knowledge but simply an inability to trust anyone else is not a solid place from which to build a life.

This forced self-reliance can result in us being very well defended and cultivating an emotional detachment that can sometimes border on numbness.   This can make it difficult for us to establish and maintain relationships, particularly those with an expectation of trust and intimacy.

Learning to fit in, and not get noticed by the bullies, helps us to judge a situation and get the best from it. However it may compromise our ability to understand our own needs and wants and to express them without shame.

The unnamed fear that led us to develop an acute awareness of what is happening all around can continue long after the initial threat has passed. This may leave us feeling uncertain and apprehensive.

Control issues around food, personal hygiene and daily routines can all result from being forced to comply with a system that seemed arbitrary and unforgiving.

Many of us are left with an overwhelming sense of shame for what we did, or did not do, or for what was done to us.  We are left with the belief that life is to be endured rather than enjoyed and sometimes we have to find a lot of courage to be happy.

A skilled counsellor will be familiar with many of these responses. Perhaps though this is one of those times when only those who have weathered the same perfect storm can help others to find their way to the safety of calmer waters.