Naomi Osaka, Mental Health and the Inner Game
Find a therapist
Find a coach
Join as a practitioner
Log in/register 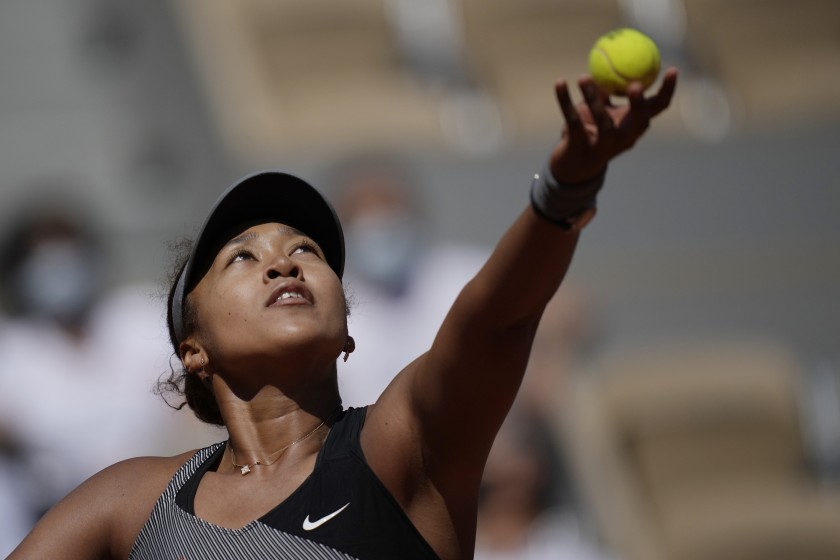 I recently persuaded an old friend to allow me into his tennis club for a knock about to celebrate the end of lockdown and the start of summer. I had heard him rave about Timothy Gallwey’s book, The Inner Game of Tennis. Mr Gallwey explores how tennis is as much a psychological game as a physical game. Gallwey writes:

“The inner game: this is the game that takes place in the mind of the player, and it is played against such obstacles as lapses in concentration, nervousness, self-doubt and self-condemnation. In short, it is played to overcome all habits of mind which inhibit excellence in performance.”

Well my celebrations didn’t last long. My normally mild-mannered friend seemed to take an unseemly pleasure in out-playing me. Perhaps it was the hard surface, or the net that was dividing us, or the sports kit we were wearing that allowed us to play out different aspects of our personalities? The psychotherapist Winnicott talked about the importance of adult play, and finding true freedom in such creative acts. Tennis players talk about striking the ball in the sweet spot.

In my desperation to make the game more even, I thought I’d try some mind games. “Out”, I’d shout, aware that there was no umpire, no camera to adjudicate, buying myself a small, if guilty, reprieve. It all came to nothing, and I was duly defeated. Later, he graciously commented that my forehand had some potential. But as a psychotherapist, I was equally attuned to what he had omitted. He didn’t even mention my service, backhand, or net play! Clearly, I reasoned, they were so bad, it wasn’t even possible to talk about them. Nevertheless, my imagination sparked up, as I secretly plotted a comeback match in my head.

This week Naomi Osaka, the 23-year-old Japanese-Haitian tennis player, revealed some of her own “inner game”, away from the court. She withdrew from the French Open, citing the fact that she had experienced long bouts of depression since her first Grand Slam victory in 2018. In recent years, more and more top sports people have shared their inner difficulties. The psychotherapist Winnicott would have a tough time in thinking about the lives of modern sport stars as being about play. Indeed, it seems far away from play, as they are assessed according to their performance and success.

Even so, us ordinary folk might find it hard to imagine how a sports star could be depressed. Osaka is the second most highly rated female player in the world. In 2020 she earned $34 million dollars from endorsements alone. Surely, we would imagine that she is very happy indeed. She seems, at least from the outside, to have achieved most of her goals. But Freud wrote of patients who were “wrecked by success.” Paradoxically, success can engender a set of complex and unbearable feelings. We may wish to go back to our previous less successful state of being. After all, being successful can provoke feelings – real or imagined – of envy and hostility, amongst our friends, families, and rivals.

As we hear her story, who do we side with? Do we back the austere sounding authorities, packed with old white men, who fined her, and threatened to expel her for not following the rules? Or do we back those who support her stance, the fans, the players, the mental health advocates, and feel that the authorities have acted too harshly? Which is correct, the paternal side (fines, rules, punishments), or the maternal side (support, care, rest)? Is she being punished for her outspoken views on gender and racial equality? Do, as she hints, the tennis and corporate organisations need to change, to accommodate her needs?

With a psychotherapy perspective, we might also wonder if Naomi unconsciously wanted to be fined or punished by the authorities because she felt guilty. In therapy, we might look at the unjust institutions, the unfair rules, and so on. But we will also be aware that we may be projecting parts of our inner conflicts onto these institutions, which require closer self-examination. Perhaps the punishment, however temporarily, would provide some relief? Perhaps being expelled by the tennis authorities would allow Naomi to outsource a decision that would be too difficult for her to make for herself. For instance, she might not want to let down her team, family and friends.

But what is she guilty of, apart from being an exceptional player, and a quirky media presence? We might wonder if she feels guilty about being so wealthy, or beating her sister (who was also a professional tennis player and retired aged 24), or achieving more success than her parents (who by all accounts underwent various hardships). We might wonder if she is rebelling against her tennis upbringing, which according to her father, followed the “blueprint” of the famous William’s sisters? However, unable to rebel against her father, perhaps she is now taking on a rebellious stance against the tennis authorities?

Naomi has said that she is introverted. We might imagine that she doesn’t like being looked at all day. We know Freud didn’t like being looked at all day, and that’s one of the reasons he asked patients to lie on the couch, looking away from him! In any case, the global exposure, and press scrutiny, is clearly very difficult for her. For a shy 23-year-old, the constant imperative to perform, talk, entertain, may be exhausting. However, like all of us, Naomi is a mix of contradictory things. She doesn’t want the media attention, but in recent months she has also sought media attention, battling against racial injustice, through wearing clothing on court, highlighting the names of Black people who have died in police custody. Is the outspoken political activist, or the reclusive introvert? Which is her true self, and what is her false self? In her case, given the huge demands of a professional tennis career, which is all consuming, she may not have the privilege of working these things out in private. However, it does seem that she has managed to create some space away from the unrelenting demands of the tennis circuit to focus on what really matters to her. For this, she seems to have drawn support across the board.

The “blueprint”, which has given her so much outward success, is no longer working for her. Tennis is a very physically demanding and solitary sport. There are only 20 seconds between points. 90 seconds between games. Serves fly at 200 kmph. A single mistake can alter the course of a game or match. The sport is relentless and gruelling. But perhaps the outer physical game is the least of talented Naomi’s challenges. Aged 23, a creative personality, who doesn’t fit into the box of professional tennis, is exploring the bigger challenge, her inner game. And I will return to Mr Gallwey for the final shot:

“The player of the inner game comes to value the art of relaxed concentration above all other skills; he discovers a true basis for self-confidence; and he learns that the secret to winning any game lies in not trying too hard.” ― W. Timothy Gallwey, The Inner Game of Tennis: The Classic Guide to the Mental Side of Peak Performance

Dr Ajay Khandelwal is a verified welldoing.org psychotherapist in London and online

Tyson Fury opens up about struggles with depression

Michael Phelps on how therapy changed his life

How to keep on top when the pressure is on