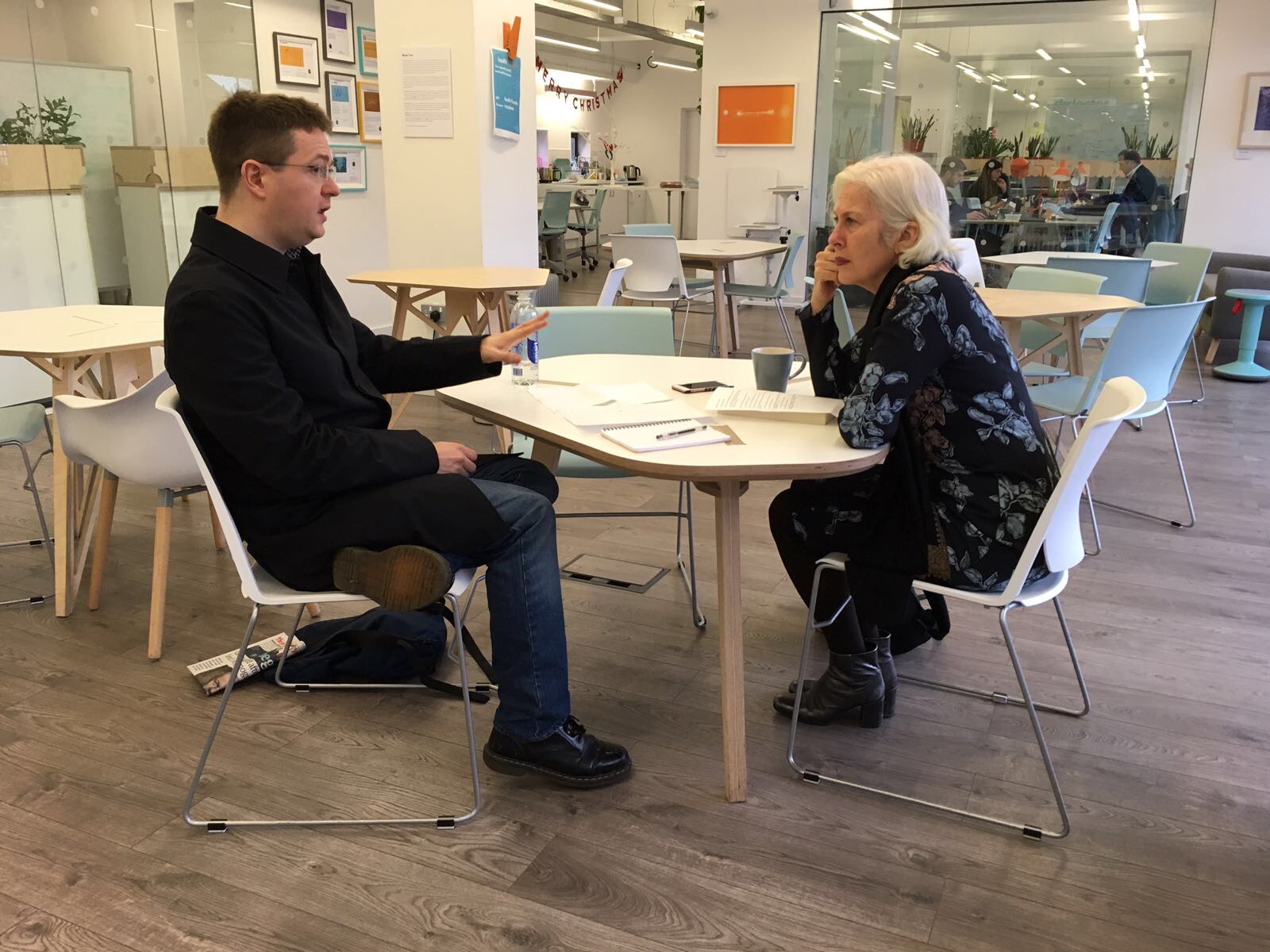 Johann Hari’s new book Lost Connections: Uncovering the Real Causes of Depression - and the Unexpected Consequences springs from his own experience of depression, but is rooted in three years of research that took him all over the world. Hari, originally a columnist on The Independent, is also author of a bestselling book on addiction (Chasing the Scream), and his TED Talk Everything you Think You Know About Addiction has been viewed more than 16 million times. His plan is to bring this iconoclastic, campaigning approach to depression and anxiety.

The book’s cover is emblazoned with endorsements from well-known names: Elton John promises it will change your life; Matt Haig says it’s “a brilliant, stimulating, radical take on mental health”; and Alastair Campbell calls it a "remarkable tour de force”.  Hari now lives in the US, and on his UK publicity tour, I met with the 38-year old British-Swiss journalist in welldoing.org’s co-working space in Waterloo, to discuss his theories and the possible impact of Lost Connections on how depression is seen and treated.

I started off by asking what had led him to write this book. “At 18, just before going to university, I’d gone to my GP and told him that I was in pain, I was depressed. He told me that there was a chemical called serotonin which makes people feel good. But some people are naturally lacking it in their brain. You’re clearly one of those, he told me, so we’ll give you these drugs and you’ll feel better.”

At first Hari did feel better, but, over the months, that feeling receded, so he would return and get ever-higher doses. “I loyally followed medical advice for 13 years. But when I looked at the statistics I discovered that between 65 and 80 per cent of people taking chemical anti-depressants are depressed again within a year." He was no exception.

Why, wondered Hari, given that the drugs didn’t work very well, were so many people taking them? In the UK since 2006, there has been a 108% increase in antidepressant use;  in the US,  one in five people takes some psychiatric medication.

“The question that should have been asked by that doctor in my teens, and by all the people treating those with depression and anxiety, is this: is there any reason that you might feel this way?” Writing this book is to find the answer.

Hari believes that in many cases, it is not the individuals who are sick but the circumstances of their lives. “We all know human beings have innate physical needs, but there is equally strong evidence we have strong psychological needs – to be part of a group, to have some autonomy, to find meaning and purpose in life.

“If you are depressed or anxious, you’re not a machine with broken parts, you’re a person with unmet needs. Given poor circumstances – such as work in which you have no control, loneliness, no access to the natural world, sudden loss of status –  it’s understandable to feel this way. It’s a sign that something is wrong in your life, not in you.”

Hari believes the serotonin story his GP had given him all those years ago is overblown and unhelpful. “It’s clear from my research that there are actually three main causes of depression. They are:  biological – genes can make some people more vulnerable. Then there are social causes – for example poverty, bereavement, redundancy. And finally psychological components, the way you think about yourself in the world. There’s strong evidence that psychological problems can make you depressed.

“One I focus on in the book is childhood trauma.If you’ve suffered from six individual categories of childhood trauma you are five times more likely to suffer from anxiety or depression. I myself experienced some quite extreme acts of violence in my childhood. I’d rather not talk about it too much - my mother was ill, my Dad was out of the country, and it came from an adult in my life.”

In the book he writes about the first time he had told another person about his abuse: he was in his mid-20s, and had started to see a therapist. He writes movingly about how he resisted changing his view of the situation, which was that he had deserved such treatment: “Because I had kept these memories locked away, I had never questioned the narrative I had developed back then.”

Therapy, he says, can have tremendous value. “I found that personally, but also it came through in my research.  And I think one of things that most encouraged and helped me personally was what I learnt from Vincent Felitti [professor of medicine and expert in early childhood experiences on adult physical and mental health].

“Felitti had already made the connection between childhood trauma and physical and mental problems in adult life over a large-scale research project in San Diego. But he then asked doctors, when they next saw those patients who had suffered adverse childhood experiences, to say to them 'I’m sorry that this happened to you. It shouldn’t have happened. Would you like to talk about it?' A lot of these patients did want to talk, to their doctor or, if they chose, to a  therapist. The effect was clear, even if the talking was brief. Those who spoke once to their GP were found to be 35% less likely to get ill in the following year, and those who spoke to therapists, 50% less likely."

Having dismantled the science behind anti-depressants, and laid out the reasons that might have led to the rise in depression and anxiety, the last chapters of Lost Connections turns to what we - and the society in which we live - can do to help people have better, mentally healthy lives. Hari is keen to avoid preaching solutions that most people cannot afford, and believes that most solutions need to be accessed with the help of others, from government through to employers, schools, councils and so on. His book is filled with examples of beneficial schemes and subtle changes that could be replicated in many different situations.

Among the things he wants to see dismantled are what he calls “junk values” which he thinks are too often whipped up by social media such as Facebook. “It’s great as a part of your diet , but it can push you toward extrinsic thinking. Seeing the edited highlights of people’s lives can make you very envious, and I think it’s causing a crisis in being present in our lives. Young people, for example, find it extremely hard to hold back from always wanting to show others what they’re seeing. Like getting fat from eating too much junk food, you can become depressed from following junk values, so you never get into a flow state, where you really enjoy and focus on one thing."

How is his mental health now, I asked as the interview came to an end. “Really good actually. I learned a huge number of insights from these people who have helped me re-orient my own life. I feel the best I’ve ever felt. But I don’t want to say - well, I did this and you can too. I realise I am privileged. For the mass, they can’t make these changes alone, we have to do it together and society has to see that it is necessary.”