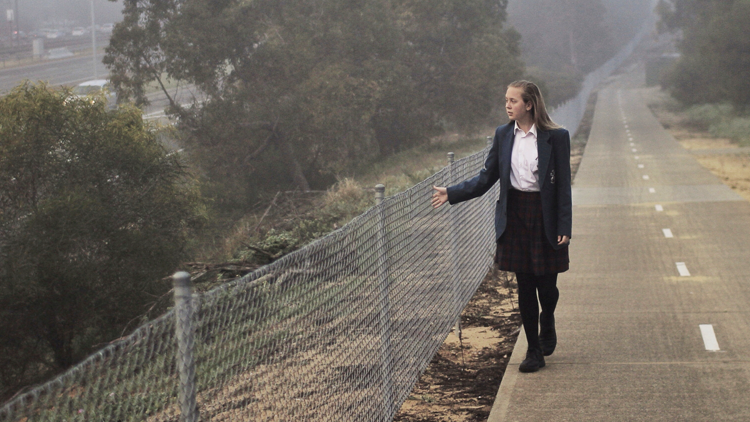 How the Trauma of Boarding School Shaped Me

There was a Sunday morning ritual of letter writing to our parents. We sat in silence on hard benches in the austere hall, with its absence of warmth and strange smells left over from the morning breakfast, for the task of writing home.

As I settle down to write about boarding school I am aware of a kind of blankness inside that stops me from thinking and feeling, as I am transported back to being young. Whenever I am faced with writing anything, I have an automatic response to freeze, as my body plunges into the shock response it had to being sent away and cut off from family.

My writing is laborious, as I carefully think sentence by sentence of what to write so that I am giving the impression of feeling all right, but inside I am screaming out for help, and numb at the same time. My feelings have been shut off as I have learnt that showing feelings is BAD. Instead, it is ‘chin up’ and ‘get on with it’. I am quickly learning that it is unacceptable to let others know my truth – this is unwanted and denied. I find my experience of reality is being denied, so I learn that to say how I feel is in some way forbidden. No-one is listening.

The process I am describing is shock and dissociation as a result of trauma. I don’t have any memories of the build-up to going away or of the expectations I had about going away and being separated. As I read the above sentences I feel my own disconnection and sadness at remembering my confusion about why this was happening to me, and abandonment at being left to live in an institution where survival of the fittest ruled.

Stepping away from the protection of a family into an institution devoid of emotional warmth and affection is frightening and shocking. An institution with its culture of structure and discipline, and of managing large bodies of people with few adults, results in there being many rules, some of which are explicit and some implicit.

Finding my way around these rules was difficult. Living in a pack where children take on the persona of the state, taking control, overpowering, bullying. When the lights were turned off in the dorm there was a rule: strictly no talking. But of course there was talking, and the matron would come in demanding to know who had been talking. The culture was that by ‘owning up’, you somehow invited a lesser punishment, but the threat was that by not being truthful and ‘owning up’, a worse punishment awaited. This was bullying; set up by the school, and then continued within the dorm, where others would say to me, ‘You have to go and own up’ even though I hadn’t participated in talking.

As I was the new girl in the dorm, this was a way of showing who had the power and who was in control. It never occurred to me to refuse: my obedience and compliance were already established at home by my parents, who had themselves gone to boarding school.

I gradually learnt that it is not safe to rely on others.

I struggled to make my needs known, to be heard by my mother who could not empathise with my suffering as her own experiences of boarding school had been so different from mine. She could not hear what I was saying, and I found my experience being denied, which increased my sense of loneliness. My mother told me she loved boarding school; however, given that had lost both her parents young, I realise now how disconnected she was from her feelings. She suffered deeply from these losses, but they were locked away inside her, never to be spoken about. It is no wonder that she could not hear my voice, when no-one had listened to hers.

Going away to boarding school has the impact of cutting us off from our bodies and feelings, so that our only way to survive is to adapt to a hostile environment and build defences to protect ourselves. These defences can become a life-long pattern, stopping us from getting close to others or feeling that we can depend on others. We learn from that first separation that there is no going back to how it was before; there is no home to return to. The longer we are distanced from the people and things we love, the more difficult it is to connect and re-connect. This thing called independence that seems so highly prized by those who send their children away is a kind of rejection and abdication from being a parent.

Where is the care to put your child in an institution? Why would you want your child to learn to become independent at such a young age? Why are you in denial, hiding behind your own unhappy experience with the pretence of ‘it never did me any harm?’ Feelings are stifled, rage is stifled. Keeping up appearances is seen to be good, following rules, being obedient – all these ways of being compliant kill our basic aliveness and vitality.

Instead, we learn that success and achievement are the things that matter – work hard, try harder become the mantras we learn to live our lives by. But what is lost in the process? Our sense of connection, our ability to relate and express our feelings and needs, the language of emotion, together with its richness for self-expression and negotiation.