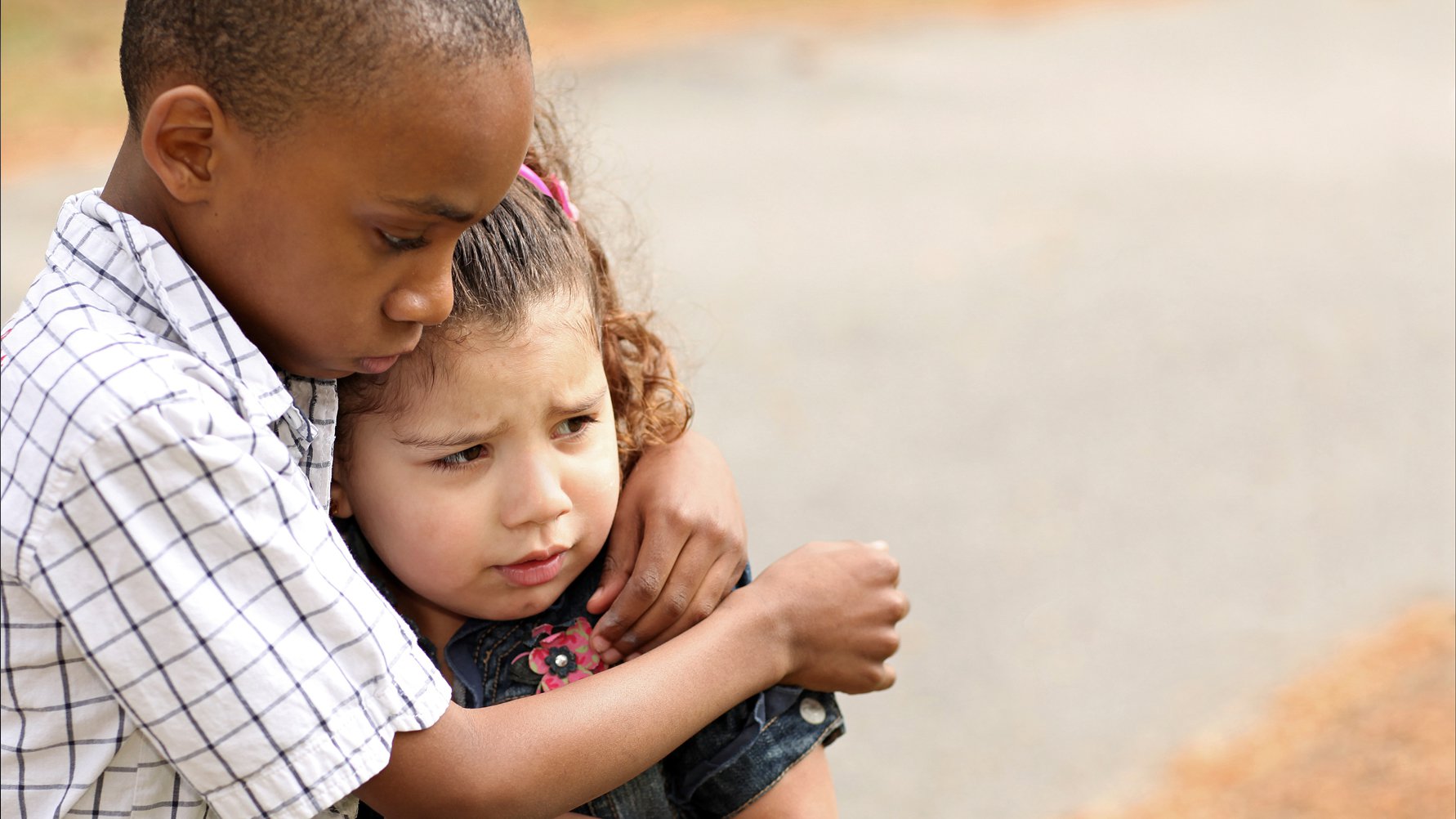 How to Practice True Compassion without Compromising Yourself

Compassion is never included in lists of ‘universal emotions’, but according to the philosopher Martha Nussbaum, it could be. Most people are capable of sensing that another person is suffering. The urge to alleviate that pain can be felt as a gut response – even if over the years we have become jaded by betrayals or exhausted by other people’s demands. We may see a homeless person asking for spare change, but feel unsure whether giving money is the right way to help. A friend who cries harder each time you attempt to comfort and console makes you wonder, Am I making it worse? A desire to help surges up, but then hesitations come in the backwash. Could you do more to help? Are you going to offend or pressurise? Might you be taken advantage of? No wonder we sometimes avoid engaging, when it can feel so confusing.

For Tibetan Buddhists, the wish to free a person from suffering is ideally experienced in equanimity, with a quiet confidence. For many of us, however, compassion is considerably more anxious territory.

True compassion requires a person to discover very vulnerable parts of themselves: not an easy experience to tolerate

The idea that compassion might be a risky, even dangerous, emotion is well established in the Western Christian tradition. An early account was written in the sixth century by Pope Gregory the Great. ‘When we want to stop an afflicted person from grieving,’ he wrote, we must ‘bend from our inflexible standing posture’ and experience their wretchedness with them. He compared compassion – from the Latin com (with) patior (to suffer or endure) – and the desire to console which follows it, to the process of fusing two pieces of iron. As the ironmonger heats the metal pieces till they join, so the human mind ‘softens’ in a process he called condescensio passionis, or the ‘condescension of emotion’. True compassion, then, required a person to discover very vulnerable parts of themselves: not an easy experience to tolerate.

The risk was that you might become too malleable. Gregory recalled the biblical story of Job. Hearing of Job’s calamities – the death of his sons, the failure of his crops, the loss of his land, his terrible illness – his friends travel from afar to comfort him. They tear their clothes, throw dust on their heads and sit with him on the ground for seven days and nights until he is ready to speak. Honourable intentions, according to Gregory. But the friends go too far. By the end of the seven days, their minds have been blackened in grief, their faith shaken, even though Job’s has not. For Gregory, then, true compassion was a high-wire act. Only the wisest can bend themselves to another’s pain without being rendered numb and helpless themselves: the ‘compassion fatigue’ we hear about in the caring professions today.

Compassion may put pressure on our emotional equilibrium, but contemporary research has shown that it’s well worth it – it’s not only other people who will benefit from your compassionate acts, you’ll also experience improved feelings of wellbeing and contentment too. Researchers at the Center for Compassion and Altruism at Stanford University have suggested taking a leaf out of Buddhist practice and regularly practising compassion meditation. This involves sitting in silence for a short while, focusing your attention on feeling compassion for yourself first, and then, in opening out concentric circles, for loved ones, for friends, for strangers, and even for people you dislike or who have hurt you.

It’s not selfish to take care of our own interest first; in fact, this is the measure of true and mature compassion

For those who enjoy more practical solutions, they advise developing habits to make compassionate acts easier to accomplish. Carry loose change in your pocket for the specific purpose of buying food for someone living on the streets, or a treat for someone having a bad day. Make small pockets of time to visit an elderly neighbour. Commit an hour a week to a charity. And faced with the distraught friend who has lost a baby, or a student whose father is dying? According to Mandy Reichwald, a former nurse who for most of her working life has helped care for terminally ill patients and their families, true compassion is about supporting and sustaining people so they can find their own strength.

She cautions against the instinct to rush in, to throw your arms around a person to comfort them, as this takes away someone’s ability to gather themselves for the situation ahead. Listen. Be interested. Be still. Guard against your own eyes welling up. ‘It’s not about you, it’s about them.’ If you do feel overcome, be honest. She suggests that saying ‘I feel really shocked by what you’ve just said, I need to take a minute’ or ‘that’s so sad’ can have a surprising effect. It’s when we feel most overcome that we might retreat to the safety of pity, tilting our heads and keeping those in pain at a distance. Honesty counters that. Even ringing someone up and admitting, ‘I just don’t know what to say, but I wanted to see how things are,’ is better than avoiding them altogether.

It’s not selfish to take care of our own interest first; in fact, this is the measure of true and mature compassion. Because if you become overwhelmed by other people’s problems, you won’t – or won’t be able to – help. For Reichwald, it’s those emergency instructions on an aeroplane which ring in her ears like an alarm when she’s feeling a little frayed: ‘You must put on your own oxygen mask before helping other people with theirs.’