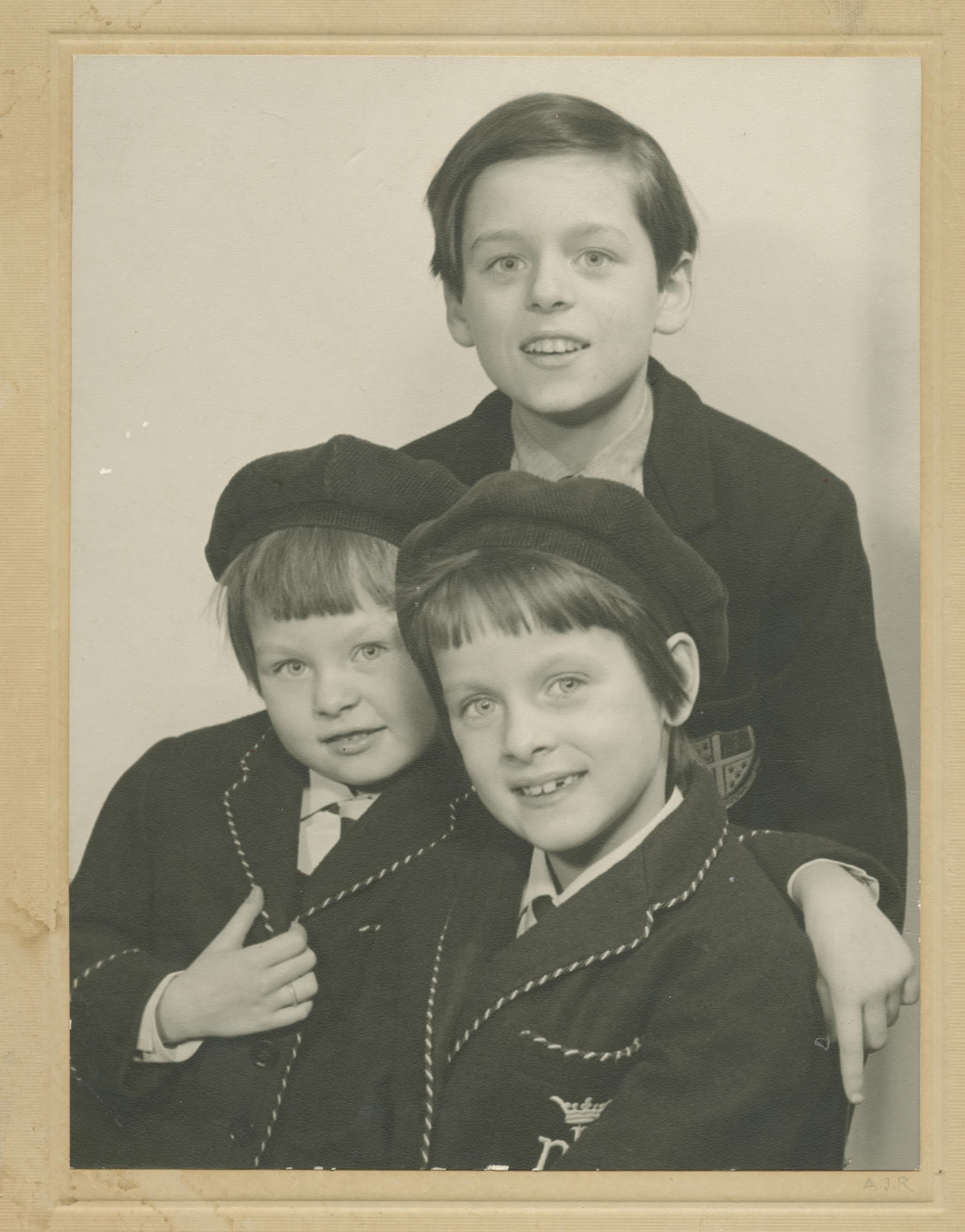 How to Be a Mother When You Have Lost Your Own

My son is a toddler. He is about to negotiate his way down the steep staircase from our kitchen to the basement. I am standing at the bottom, his grandmother at the top. My mother-in-law reaches out to Reuben and says, “Here we are, Roo, take my hand.” He looks at her, and then at her hand, and he takes it. Down they both come.

That scene is singed on my memory. The offer of help was the most natural thing in the world – so why didn’t I think of offering my son my hand? To this day I remember how I asked myself: Is there something wrong with you?

It begs the question of whether mothering is learned or instinctual, or a combination of both, and the extent to which mothering is internalised. My own mother died when I was nine years old, four years after my father, so I had her both during the formative first five months when emotional attachments are so key, and for a fair number of years thereafter.

It was, I think, a halcyon time, a time of love and safety, my father’s death notwithstanding. I missed my father after he was gone, but my world was still whole.

After mother died, I was an animal in flight. There was nowhere to take cover.

When it comes to how I have mothered my own sons, now aged 19 and 16, I sometimes question whether my instinct to help, nurture, make things easier for them is, on occasion, overridden by an altogether steely, learned habit which says: hold back, don’t help, let them do things on their own. After all, that’s what I had to do. Having grown up without a mother’s protective wings, as a child I lived on my mettle, did not ask for help, was not held, did not complain or verbalise a loneliness and a yearning keenly felt. Boarding from the age of seven honed my survival skills of self-reliance and zipped-up emotions.

One of my tenderest memories of my mother is how she used to kiss me with her eyelashes. A butterfly kiss, she called it. Lean in, sweetheart. Closer. Be still and then, eye socket to eye socket, noses touching, her breath so pure you didn’t know there was any other kind. Breath of life not God’s but my own mother’s all I needed then, and after.

“Ready.” Then the brush of lashes locking, the body shiver.

It is hard to measure love, or to source and quantify the feeling of emotional security we want for ourselves and our children. Nevertheless, there is surely a link between my own mother having been emotionally engaged and demonstrative and how I am with my own boys: I am a big hugger. Admittedly my husband is more so. I have watched how he was with the boys from their infancy and have copied him. But I seem to have my own reserves to draw on: I verbalise my love, find it easy to tell my sons I love them, that they are handsome, that I am proud of them. I have also encouraged them to try things, and to fail, mindful that self-esteem is built through failure as well as achievements. But they have had a very ordinary, risk-free childhood. Often I have thought, I was travelling on my own to America when I was 13, or I lived on my own from 15, what hoops can I put my own kids through to make them as independent as I was and am. Then I think, get a grip, you wouldn’t wish those hard-earned skills on any child, let alone your own.

Last summer, Sebastian, aged 16, was invited to spend a week in New York on his own with his American godfather. My husband, nervous of terrorism, wanted me to be in America at the same time. Ridiculous, I thought. He’ll cope, and if he’s lonely, or fearful, so much the better. He’ll survive, and be all the more resilient for it. That’s the orphan in me; she is not always soft and kind; I was overruled.

When Reuben was three, we took him to the medieval walled city of Carcasonne, the castle town in the south of France. We bought him a plastic shield and a sword, let him run along the ramparts. This time, I did offer my hand; the fall was precipitous. But at one moment, in a split-second dark fantasy, I thought, what if I let go? I imagined him falling.

That shocked me. I don’t know if a negative fantasy like that is the product of a mother-mind processing her monumental responsibilities. But I remember thinking, once again, is there something the matter with me that I should have a thought like this?

The answer is no. That negative fantasy was a one-off. I have relished being a mother, dare I say it, found it easy. Nurturing my sons is a magical, enriching process: the more I have loved the boys, attended to them, mindfully reared them, the more whole I have felt myself. In seeing what I have given them, I have been alerted to what it was to grow up without a mother. I see what a mother does, have a sense of what I missed out on. I am a constant observer, and when I was a child, post-mother, I used to note how my friends behaved with their mothers, how they stood right next to them if they felt awkward in a social situation, say, or asked them to help them with mundane tasks. It fascinated me. I saw, with wonder, that, on the whole, if they asked, they got; they took the giving, the loving, the support, for granted. When my own boys were small and stood by my legs at a social gathering, or looked to me when a grown-up asked them a question and they, not sure how to answer, looked to me to bail them out, I felt joyful. Look how safe they are, I thought. Safety, I think, is another word for love.

When Sebastian, my younger son, was eight or nine, a friend asked me:

I didn’t know what she meant.

There was a freedom in not having a mother. There was no-one telling me what to do, how to do it better, differently. There was no expectation of help and no resentment about a mother who was not stepping up to her grandmotherly duties; I saw in my friends how disappointed or discouraged some felt when their own mothers let them down. My mother-in-law was only ever full of praise.

There was freedom, but I was also trapped by my past. I told my children very little about it, avoided the fact of my parents’ deaths, and never told them of the misadventures that followed. I did not want to curse them, or make them think that one day they could come home from school, or wake up in the morning, and I would no longer be there.

When I got a cancer diagnosis myself, in late 2013, history threatened to repeat itself. My worst fear had come true. That’s when mothering got hard, and very nearly derailed me. I was forced to do what does not come easily to me: to acknowledge to the boys, then aged 12 and 14, some painful truths. I put off breaking the bad news and then, during my illness, I tried to hide my anguish and my increasing physical discomfort.

One day, as I was secreted in a bedroom, taking my morphine and shooting up my medical milkshakes, Sebastian came into the room. I quickly hid the paraphernalia.

“You don’t have to be ashamed,” he said. He was right.

He taught me that allowing him and his brother to see how vulnerable I was did not change who I was to them. I saw that we were in this together. It was more frightening for them to be shielded from reality than to be included in it, however heartbroken and afraid it left them. I learned that my protective wings were not defunct; they had not been consigned to a cupboard, marked ‘Not fit for purpose’. I was, and am, everything to my sons: they do not feel less loved because I am – or rather was – diminished. The love is constant. The love endures. The mother-wings are always there.

Milkshakes and Morphine: A Memoir of Love and Loss is published by Square Peg

What does it really mean to be a mother?

Can you grieve something you never had?

Why breastfeeding grief and trauma matter