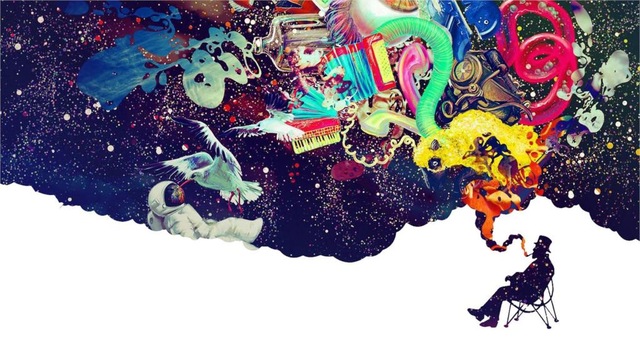 Carl Jung and the Value of Active Imagination

Carl Jung was a very close collaborator with Freud. In fact Freud had hoped that Jung would lead the psychoanalytical movement into the mainstream. They travelled together, visited one another, and used to write copious letters to one another. However, in the end, they didn’t see eye to eye, and they cut off contact from one another. Freud’s theory was that most human behaviour can be explained by sexual instinct, or libido. For Jung, human behaviour could equally be explained by other instincts, such as our spiritual natures. Freud felt that this was a dilution of psychoanalysis, and a betrayal of his theories, and the men drifted apart, and eventually went on to develop their own distinct schools of thought.

Jung became more and more interested in mythology and image. He gave up his day job, and began a period of intense study and reflection. In fact, he had a personal experience of “psychosis”, or a “creative illness”, where he started to lose his own moorings. He had to remind himself of his name, the street he lived on and what he did for a living, in order to stay anchored in the world. He was alert to the dangers of entering the world of his own imagination. During this period he kept a very detailed and vivid journal, known as the Red Book.

As well as writing down his dreams and experiences, he would express his inner experiences through elaborate colour drawings. Jung gave birth to the idea of “Active Imagination.” His thinking was that as well as the creative process that happens during the therapy, there are creative processes that happen outside the therapy. He believed the images that came from the unconscious were of the utmost importance. If you treat them simply as artistic images you are in grave danger. For him, they are not primarily of artistic or aesthetic merit. No, for him, they were ethical images which demanded a full engagement and response.

These images from the unconscious were symbols that provided vital clues on how a person should live. They could provide important ideas about what was going wrong, and what needed to be attended to. To simply see them as colourful creations of the psyche, with no lasting value, was to miss the point. Therefore, Jung actively laboured with his images. He graphically and painstakingly recreated them. But even then, they would not give up their meanings easily. Therefore, he developed a method called active imagination, where he would spend hours dialoguing with his images, writing about them, and turning them over in his mind. Through working on them, he would seek to extract deeper layers of meaning. This is a process a person can carry out by themselves, outside the therapy room.

If you find yourself with some free time, perhaps it is the perfect time to gather up those images and dreams that are percolating in your unconscious, and turn them into something tangible that you can work on. Jung spent many hours playing with pebbles and rocks. He would even engrave boulders to give a lasting expression to his thoughts. In the end he even built a house on the shores of Lake Zurich that he believed reflected his true essence. All of this creation and play was in fact an ethical response to the images that possessed his mind. Nowadays, we might find ourselves rushing the room after room of paintings at an art gallery, letting the images was over the surface of our minds. But Jung would have counselled against this superficial engagement. He might suggest that we turn our eyes inwards, and remain receptive to the images created by our own psyche, as these are the most important images of all. According to Jung, how you respond to these can literally make or break a person. So, next time you are playing around and doodling, remember, what you do with the result could quite literally be a matter of life and death.